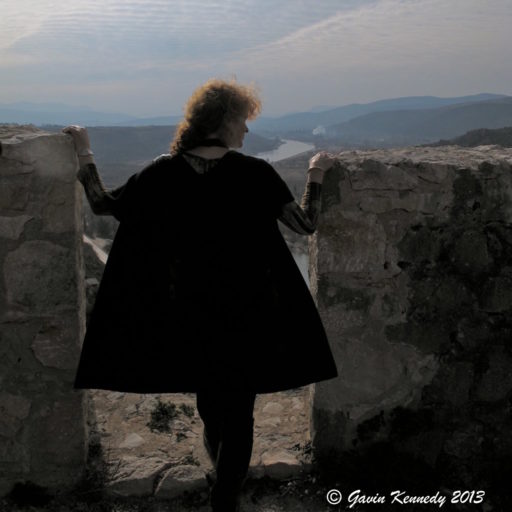 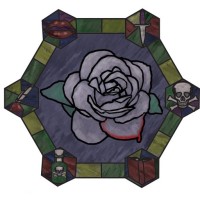 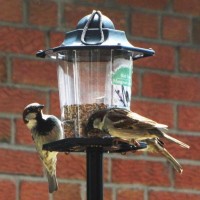 A feather in his braid, the old man spoke

About a story told to him before

When people lived together in this world;

In such a way that they were part of it.

Brave they were, hunting mighty beasts

On ancient grassy plains which spread so far,

That they could never see the end of it.

And every sunny day was that way.

The old man tells the tale which he once heard

About a female beast within a herd

Who looks out with her dim lit eyes at things

And knows their sound and scent quite well:

Grazing is nice at any time

And especially good in the morning sun

On the open plains before the dawn

With the rest of the buffalo coming along.

She loves to graze on sweet long grass

Rubbing shoulders with her herd

When the cool gray light of the dawn is met

By the flare of the sun on the open plain.

Nudging him close to the best tasting grass

And she looks at the rest of the herd nearby,

Proud of her yearling – as big as a man.

She follows the scent of one male buffalo

Moving along at the edge of the herd.

He leads them ahead in the golden dawn;

His scent seems right, but something is wrong.

And smells the predator dog so close

It makes her heart beat hard and strong.

And then she hears the stomp of hooves

Of leading males on the hardened soil

To warn the predators away

And she nudges the little red calf along.

The herd is moving quickly now;

A thousand hooves on the open plain

And the smell of coyote is all around.

There is buffalo fear in the morning air

As they run along towards a place

Where they all think they will be safe,

Away from that frightening predator space.

Then each begins to disappear

Over a ridge and away from the threat.

They did not know how they each would be met

By the cold hard ground at the base of the pit.

For Scarborough Poetry Club on “The Climate Crisis.”

Question for readers: Do you think this poem relates in any way to The Climate Crisis?

If I could be translucent now

I’d open up my heart to show

The thoughts and feelings that can go

Throughout my insides head to toe.

If I allowed the world to see

Whatever is inside of me

You’d feel sensations from a sting

Or of a Monarch fluttering

Around my finger’s wedding ring.

But what if you should see my guts?

Unless you’re fond of watching such;

The pulsing of a body’s mush.

I think that I should leave this there

So we don’t need to see the end

Of this dramatic poetry

Proofreading welcome. Content and other editing welcome should your muse strike. Thank you.

Some of the best days of a few years of my life were spent in the downstairs meeting room at Albert Campbell District Library with my writing friends and our resourceful facilitator, Maria Samurin. I thank each of those friends for the times we had.

There are poems, prose, lyrics, and written exercises here. Comments are welcome.

I would be glad to read other bloggers’ work. Leave me a link on the contact page.

I have written prose poems, and traditional poems. Click “Poetry” on the sidebar.

Till you’ve gone away, so I feel no pain.

Cowering with his wife and their baby spiders in the lee of the rock, he lifted his eyes to the planet Earth, and watched as it pulled them in closer.

Memories of Bill and Nan Kosowan

A memorial for Bill and Nan

with Catherine Graham and Jessica Outram

Thrilling readers with our passion for crime fiction

A Poet's Journey by Manivillie Kanagasabapathy

And You Can Too

Gravel Bar
Lorraine Dmitrovic: The Surreality of it All.... Film, books, the arts

when you want a dream to be real, and the real to dream....

Firewords that light up the world.